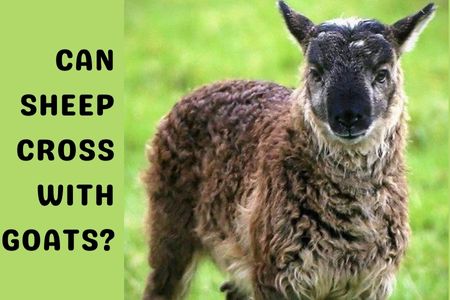 Sheep and goats are both members of the same family, Caprinae. This family includes all cloven-hoofed animals that are ruminant herbivores. Both sheep and goats are kept as livestock by humans and have been domesticated for thousands of years.

But did you know that they can actually cross-breed? It’s true! In fact, the offspring of a sheep and goat is called a geep. Here’s what you need to know about this fascinating phenomenon.

The Facts About Geeps

Geeps are relatively uncommon, but they do occur naturally when sheep and goats mate. Most of the time, a geep will resemble one parent more than the other. For example, a geep might have the fur of a goat but the legs of a sheep. Interestingly, male geeps are usually sterile while female geeps are fertile.

Geeps are usually sterile and cannot reproduce, but they can sometimes result in fertile offspring if the mating is between a ewe and a buck (female sheep and male goat). The chances of this happening are very low, however.

While geeps are technically a new hybrid species, they’re not really considered their own separate species from sheep and goats. That’s because geeps can’t produce offspring with other geeps; they can only reproduce with either sheep or goats.

As a result, most experts consider them to be more like mutts than true members of a separate species.

Why Breed Sheep and Goats

By crossing the two animals, farmers may be able to create an animal that produces more wool or milk than either species could on its own. This is the same reason why farmers and ranchers often breed different types of livestock, such as cows and sheep.

While these two animals are closely related, there are also some key differences between sheep and goats. For example, sheep are generally larger than goats, their tails point down instead of up, and they have fewer bristles on their coats. In terms of behavioral differences, sheep tend to be more docile than goats, and they also flock together while goats prefer to wander off on their own.

How rare is a geep?

Well, according to the experts, a geep is so rare that one hits the news about once every 10 years. This is because most of the time, a geep will only be produced if there is a genetic abnormality in the mating process that causes an uneven number of chromosomes.

While some people may view geeps as strange or even unnatural hybrids, they are actually just one example of how animals can sometimes naturally crossbreed to produce offspring with different characteristics than their parents.

Overall, while geeps are certainly not a common occurrence, they do serve as a fascinating example of how animals can adapt and evolve in response to their surroundings over time. And hopefully, as more people learn about this unique hybrid species, we will continue to see fewer and fewer geeps in the years to come.

The phenomenon of geeps is really interesting and has a lot of potential applications for farmers and other animal breeders.

Whether we are talking about sheep, goats, or some other type of hybrid species, it is important to recognize the incredible diversity that exists in the world of animals and to appreciate how these animals are endlessly adaptable and resilient in the face of changing environments and other challenges.