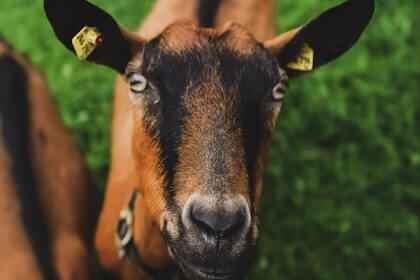 For most animals, including humans, sleep is a very important factor in daily life, to the extent of being key to the survival of certain animals. The need to rejuvenate and save energy for the next day’s forage can’t be overstated, however, this doesn’t apply to every creature on the planet.

An aspect about sleep that scientists and ordinary people have come to find interesting is that the need for it differs in various animals. This translates to sleep being so essential for some animals that some days without it will lead to their deaths, while for some others, two hours of sleep is sufficient for the next day or two.

This divide in the necessity for sleep can be categorized generally into prey and predator, as that is a major influence on most animals’ sleep schedules. But the exceptions to that general categorization makes it faulty, for example, an elephant is hardly anyone’s prey, yet they sleep for the most minimum time frame in any mammal.

Nonetheless, most animals generally don’t need so much sleep, as their position as prey in the food chain has determined. An animal that falls under this category is a goat.

For goats, their position as prey to a huge number of predators has over time turned them into light sleepers. Sleep to them is not close to being as important as anything else, and this fact has given rise to different speculations about goats, for example, the issue of wild goats never sleeping.

This as you would expect is largely wrong, rather, it isn’t that wild goats don’t sleep, it’s more that they won’t sleep in the open.

Goats of all kinds, domesticated or otherwise, would rather find a sheltered or closed off area where they can’t be seen to sleep in. Another factor is that goats are very light sleepers and at the hearing of any sound, they’ve woken up, to the extent of flickering a light switch being enough.

On the matter of a light switch, another speculation that has come about from a goat’s sleeping habits is whether they need darkness to sleep. This question is often accompanied by a few extra, which mostly includes whether you put off the light in a goat’s pen house or shelter or vice versa.

These questions, however, including our main question simply can’t be answered, without first establishing if a goat needs light at night.

Do Goats Need Light at Night?

First and foremost, to fully understand this, you need to know that light doesn’t affect goats in any way, not their vision or in their ability to fall asleep with the lights on. What the light does do for them, are the two main reasons why the lights should be kept on.

The first of these reasons is for protection, as we’ve established already, goats are prey to a huge number of predators. And as we know, most predators normally employ darkness to get their prey, and this even extends to goat shelters.

This factor makes lights valuable to the goats, as they can be alerted quicker of any income danger, and as well run to safety in good time. The next reason is warmth. Naturally, goats need warmth, as they are dangerously allergic to cold, to the point that they often sleep cuddled up with other goats, to generate heat. Leaving the lights on, therefore, leads to an added source of warmth for the goats.

There’s also the factor of goats being visibly well adjusted to the darkness and with the added perk of being very light sleepers. With the combination of those two features, one can argue that goats have a better chance of escaping in the dark.

These features of the goat, as well as the different factors established above, brings us back to the complex answer and us asking if goats need light.

Do Goats Need Darkness to Sleep?

Apart from needing or not needing light, the main onus is on if they need the shelter to be dark to sleep. The absolute answer is no, goats do not need darkness to sleep, nor do they seek dark spots before they can sleep.

For goats, it doesn’t matter if the lights are on or if the shelter is completely dark, they can sleep either way.

The reason for that is their eyes, their horizontal shaped eyes with their elongated pupils allow them to keep light away if it gets too sunny out or bright in the shelter and allows for additional light so they can see in the dark.

Basically, a goat will be fine either way. Their sleeping habits do not rely on the brightness of their environment, but rather on factors like protection from predators and warmth.

From the details given above, we can easily draw our answer to the main question asked, that being, if goats need darkness to sleep.

The answer is the shelter being dark or not doesn’t matter for their rest, what matters instead are the protection the shelter affords them from predators and the warmth it can provide their bodies.