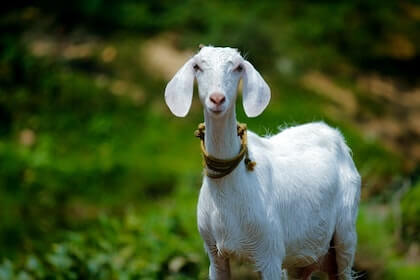 When someone is starting a business or taking on a new hobby or new adventure, or they are simply getting a new pet for whatever reason, they always have a whole bunch of questions. In the world of animal rearing, in particular breeding goats, taking some on as companions, or in general establishing a goat producing enterprise, a more than common question is our main topic.

Do goats need grain, should it be plain grain or goat feed, how much grain do I feed them, when do I feed grain, and a host of other goat grain-related questions, with the main question revolving around if goats truly need grain. The simple answer here is yes, goats need grain, however, the more correct answer is that it depends.

Generally, goats need grain, but when and if they need it, as well as how it should be fed to them depends on some key factors.

First and foremost, what we need to understand is that goats are ruminant animals, that is, they eat plants and digest them through a four-compartment stomach, and also, goats are browsers.

The first bit of that is easy to understand, the other bit is what is to be explained. Unlike cattle and sheep, which are grazing species, goats are browsers, which translates to goats ability to forage on anything from plants to woody shrubs and fresh grass, whereas the nutritional diet of cattle and sheep is largely just grass.

Feeding grain to goats is quite a contentious issue amid goat producers, half of which are for it and feed grain to the goats they’re rearing, while we have the other half that does not feed grain at all. As you’d expect, the deciding factor for both halves will always vary, with each sector looking at the other as novice producers.

The outstanding thing, however, is that in a way, both halves are right. If you remember the correct answer given above, that being, ‘it depends’, you may see why both are somewhat right.

Feeding grain to your goats depends on certain factors, which ultimately comes down to two, the nutritional needs of the goats and the economics of utilising grain.

The nutritional needs of the animal is always a major factor in preparing an animal’s feed, this as well applies to goats. As you’ve already read, goats through browsing get most of their nutrients from forage, and also goats are less likely to be affected by digestive issues animals normally get from a high forage diet.

With that in mind, there is hardly a need for grain, well, until winter comes or you have a lactating doe, or maybe your goat may need a bit more nutrients. Whatever the reason, these factors and more influence the need to include grain in your goat’s feed. This is especially when you consider that the main purpose for feeding grain to livestock is to avail them of those extra nutrients that their forage diet can’t provide. If this isn’t enough, there’s the economical aspect of this.

On its own, a basic forage diet doesn’t do much for high producing animals, as well as kids with the genetic capacity for rapid growth, and this is where grain often comes in, in the form of commercial feed and supplements.

Generally, to enable livestock to reach their genetic potential in growth or milk production, supplements are included in their feed. These supplements help you increase the rate of gain, milk production and more, which in turn increases the profitability of your livestock.

Unfortunately, this particular reason is fifty-fifty for meat goats, as supplementation isn’t as effective here as it is for other ruminant livestock. This doesn’t mean you can’t try it out, especially if the timing seems right, but it does show trying it out should be done conservatively, so as not to turn a loss.

When to Consider Feeding Grain to Goats

As stated already the nutritional needs of your livestock is pertinent and covering whatever nutrients they lack by including grains is one way to go in caring for them. However, simply increasing the quality of their forage is another way to go, which satisfactorily helps to cover what they lack.

Hence, you have an argument for the latter half of the divide against the nutrient value of the grain. This brings us to the various other situations that may and can arise where grain would be the answer or of help.

If you’ve read through this till this stage, you’ll arrive at the point the piece did earlier, that being, both halves of the divide are somewhat right.