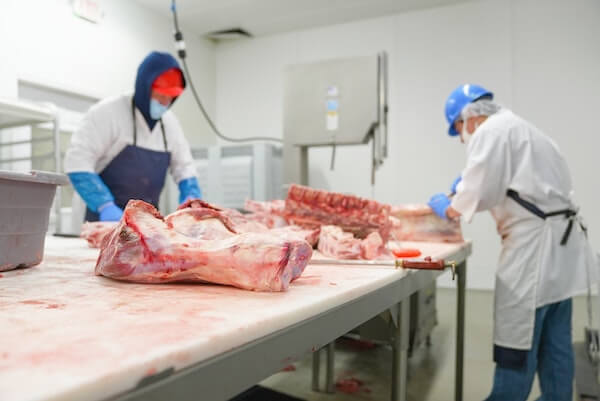 If you’re a fan of goat meat, you might have noticed that it’s not exactly easy to find in your local grocery store. In fact, chances are good that you’ve never even seen it for sale. So, what’s the deal?

So why isn’t goat meat more widely available? The main reason you don’t see goat meat in your local store has to do with supply and demand. Goat meat is not as popular in the United States as it is in other parts of the world, so there is not as much of a demand for it.

Let’s take a look at a few other reasons that goat meat may not be that common in the US.

Why You Can’t Find Goat Meat in Stores

Is it legal to eat goats in the US?

Yes, it is legal to eat goats in the US. Goat meat has actually been consumed in the US for many years, and there are many different cultures and traditions that have a long history of cooking and eating goat meat.

All goats in the United States must be slaughtered under Federal or State inspection according to the U.S. Federal Meat Inspection Act of 1906. This applies to all goat carcasses that will be sold for human consumption, which means that goat meat is legal and widely available in the US.

However, there are some regulations around the production of goat meat. For example, goats must be raised indoors at all times to prevent them from coming into contact with potential food contaminants, such as bacteria or parasites. Only unpasteurized milk can be used to produce cheese and other dairy products from goat milk.

Overall, there are no significant barriers to eating or producing goat meat in the US. While there may be some regulatory restrictions on certain aspects of its production, these regulations are put in place for food safety reasons and do not limit your ability to enjoy this delicious and nutritious.

If you’re looking for goat meat, your best bet is probably going to be a specialty butcher or ethnic market. While it’s not exactly easy to find, it’s out there if you know where to look (and you’re willing to pay a bit extra).

Also, investing in research to find ways to more efficiently raise goats could help bring down the cost of production and make it more feasible for large-scale farms to get involved.

Whether or not these changes happen remains to be seen, but one thing is for sure: if you want to try goatmeat, you’ll likely have to seek it out.