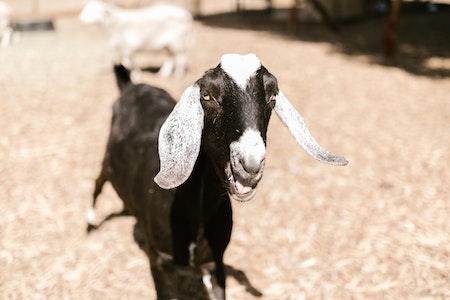 Goats are able to communicate with each other in a way that other animals can’t. They use a variety of noises, including bleats, grunts, and screams, to communicate.

Have you ever wondered if goats from different countries can understand each other? It’s a fascinating question and one that scientists have begun to investigate. The short answer is that we don’t know for sure, but there are some interesting theories out there.

Can goats understand goats from other countries?

The answer to this question is a bit complicated. You see, there are two types of goat languages – verbal and nonverbal. Verbal communication between goats takes place through bleating. Nonverbal communication is done through body language and scent. So, how do we know if different goats can understand each other?

One possible explanation is that goats use the same nonverbal cues to communicate no matter where they are from. Many scientists believe that this type of communication is innate, meaning it is part of a goat’s natural instincts. However, in order for us to know for sure, we would need to study different types of goats and see how well they communicate with each other.

Interestingly, researchers have found that goats from different countries tend to have different accents. For example, French goats bleat differently than British goats. This is likely because the different accents help goats identify where another goat is from. This ability to identify others by their accent is thought to be an important part of goat society.

Why do goats have accents?

So, why do goats have accents? It all comes down to communication. Young goats learn new and distinctive bleating “accents” once they begin to socialize with other baby goats. As they mature, the goats continue this trend and will stick with the same accent for life.

This is thought to be important for goat societies because it helps them identify other goats from their local area.

This can be helpful in situations when there are not many goats around- for example if one goat gets lost or is separated from the herd. By using distinctive bleating sounds, they can find their way back to safety.

There is still much we don’t know about how goats communicate with each other. But one thing is clear- these fascinating creatures are able to adjust their communication methods based on the situation and other goats they encounter.

In the meantime, we can appreciate these clever animals for all that they have taught us about how to communicate effectively.